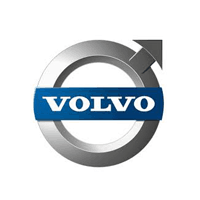 Laguna Hills, CA – Aug. 2, 2019 – Over half a million Volvo vehicles are scheduled for a worldwide recall after the Swedish automaker discovered some engines in certain models may be catch fire due to a faulty component. This issue affects several models and of various years, all manufactured between 2014 and 2019 with 2-liter or 4-cylinder diesel engines. Models include the S60, S80, S90, XC90, XC60, V40, V60, V70 AND V90.

Volvo says it plans to inform all affected owners by mail of this recall, several of which have already been informed. The company says it will repair the vehicles that contain the flaw for free, even for those cars that are no longer under warranty.

A routine examination of the Volvo vehicles in question determined that some of the engines may include a component that could lead to a conflagration of the engine, Bloomberg reported. Volvo spokesman Stefan Elfstrom warned of this risk in a statement emailed to the news provider.

“In the very worst case, there is a possibility that a localized engine bay fire may occur,” Elfstrom explained.

Here’s a list of all the vehicles whose engines could be compromised, all of which were assembled from 2014 to 2019:

While no accidents, injuries or fatalities are known that trace back to these engines – all of which have 2-liter or 4-cylinder diesel engines – Volvo says it is aware of “a few” fires that have affected customers, The Guardian reported.

“We take this situation very seriously and are working to finalize a fix for the cars,” Elfstrom said.

This isn’t the first recall this year related to engine fires. Fiat Chrysler coordinated with the National Highway Traffic Safety Administration concerning a fuel line leak, which was also announced in July. No injuries or accidents were reported in these instances either.

NHTSA typically releases a chronology of events that lay out how safety recalls came to light, but no documents are available at this time. This may be because the manufacturer has not yet determined the appropriate fix.

An investigation is underway to assess how this flaw can be ameliorated. But in the meantime, Volvo says motorists are safe to continue using their cars, so long as no indicators of a problem present themselves, which may include check engine lights or sudden loss of power, The Guardian reported.

For more information on this recall, visit MotorSafety.org and enter your 17-digit VIN.

Sean ReyesHalf-Million Volvos Recalled For Flaw That Could Cause a Fire08.02.2019