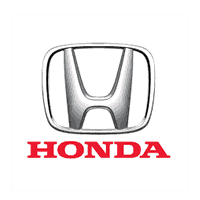 According to the National Highway Traffic Safety Administration report on this issue, during a previous replacement process the front passenger air bag inflators may have been improperly installed on the affected vehicles. In the event of a crash, these inflators may not deploy as expected, increasing the likelihood of injury to vehicle occupants.

From September 2017 through May 2018, following up on a prior air bag inflator mis-installation recall, Honda began a series of meetings, dealer visits, training courses, workshops and supplemental job aids aimed at educating service technicians and avoiding incorrect air bag inflator installations during future recall actions. As a result of this initiative, additional mis-installations were identified, and Honda submitted a defect information report to NHTSA on April 26, 2018 to address the situation.

Honda and NHTSA met Sept. 19, 2018 to review the audit results of inflator repairs performed at certain dealerships and to decide on a solution. The automaker agreed to expand the recall to include the known population of potentially affected vehicles as well as to audit the repairs that had been done by service technicians who were no longer employed by Honda or Acura dealerships before May 2018.

On Sept. 20, Honda decided that a motor vehicle safety defect existed, launching a safety recall expansion for the preceding NHTSA 18V-268 action. The automaker also submitted an amended defect information report for that recall on Sept. 27 and conducted a nationwide audit from September 2018 to April 2019 on the repair workmanship of the affected vehicles. This newest audit would focus on the involvement of service technicians who were no longer employed by Acura or Honda dealerships prior to May 2018.

Honda gave NHTSA an update on the audit progress April 23. Consequently, the automaker decided May 9 to conduct a safety recall. As of that date, no field reports, warranty claims or reports of injuries or deaths related to this issue had been received by Honda.

A recall is expected to begin June 28, 2019. Honda will inform all vehicle owners, and dealers will inspect the inflator installation and, as needed, replace the front passenger air bag module assembly at no cost to the owners of the affected vehicles.