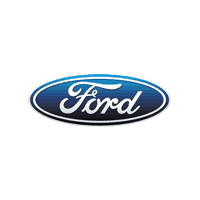 According to the NHTSA Safety Recall Report, in December 2013 and May 2017, Ford’s Critical Concern Review Group (CCRG) opened investigations on 120V convenience charge cord allegations of heat damage. However,m neither investigation was able to identify a manufacturing or quality defect. Subsequent to the CCRG investigation Ford inspected four fires alleged to involve C-Max vehicles, and although the exact cause of the fires was not determined, it was noted that in three of the four fires, extension cords between the wall outlet and convenience charge cords were identified.

In June 2018, in response to an NHTSA request,  Ford reviewed additional information and subsequently completed an additional comprehensive data review and analysis of vehicles that use the same or similar 120V Convenience charge cords.  An elevated rate of melting/ fire reports on 120V Convenience charge cords designed without a thermistor led to an equipment recall, which was upgraded to a vehicle recall in September 2018.

Ford is aware of some fire reports, and has identified an elevated rate of allegations of melting and fire involving the 120V convenience charge cord that did not include a thermistor. Ford’s investigation revealed that an increased resistance at the plug/outlet interface was resulting in some cases in increased temperature and could potentially lead to a fire. Incomplete or slow charge cycles, or inability to charge have been identified as early indicators, as well as visible melting damage of the area surrounding the charge cord plug and/or odor.

Owners will be notified by mail and reminded of the requirements for adequate wall outlets, and that extension cords should not be used under any circumstance to charge their vehicles. They will be instructed to take their vehicle to a Ford dealer to have the factory-equipped 120-volt convenience charge cord replaced with the latest version of the 120-volt convenience cord that includes a thermistor, free of charge. The thermistor can identify over-temperature conditions at the plug/outlet interface and will discontinue charging until the temperature decreases to an appropriate level.

Sean ReyesFord Recalls Over 50,000 Electric and Hybrid Models Due to Faulty Charging Cords09.28.2018