According to the National Highway Traffic Safety Administration Report on this issue, in the event of a crash, a crossmember may detach from the luggage compartment bracket and penetrate the bulkhead wall, possibly causing a fuel leak. If this happened with a spark or ignition source present, the leak could increase the risk of fire.

Porsche became aware of the problem February 2019 in the context of type approval tests, when it was noticed that a fuel leakage occurred during a frontal crash test. Due to an inadequate connection between the lower longitudinal member and crossmember, the lower longitudinal crash beam component could penetrate the bulkhead wall at the lower cross body component in the event of a head-on collision.

Following a thorough investigation of the root cause, Porsche did additional tests Feb. 3-9 to evaluate possible remedies for the issue.

The matter was then brought to the product safety committee at Dr. Ing. h.c. F. Porsche AG on Feb. 13. Upon successfully solving the issue by reinforcing the lower longitudinal crash beam components with additional rivets Feb. 15, it was decided to conduct a voluntary safety recall for the potentially affected vehicles.

The recall will begin April 21, 2019. Porsche will notify owners of all affected vehicles, so that they can bring them to Porsche dealers for inspection and repair. If necessary, the lower longitudinal member will be secured to the crossmember using additional blind rivets, free of charge.

According to the NHTSA Recall Safety Report, the brake lines installed on the front axle may corrode over time. Due to the corrosion within the line, it is possible that the filter of the hydraulic unit may become clogged by corrosive particles, which may affect the front axle braking performance. Braking ability that is reduced due to a corroded brake line can increase the risk of a crash. Due to corrosive particles within the brake line and a potentially congested hydraulic unit, the braking performance of the front axle may be impaired.

On October 8, 2018, the vehicle production plant discovered brake lines with signs of corrosion. An analysis revealed a negative production influence which had been caused by the supplier. On November 12, 2018, this matter was presented to the Working Group of the Product Safety Committee at Dr. Ing. h.c. F. Porsche AG, and on November 21, 2018, the Product Safety Committee determined that this was a case of a safety defect and decided to implement a voluntary safety recall.

Porsche will notify owners of the affected vehicles to be recalled to the workshop to have the brake line and other possibly damaged braking components (e.g. hydraulic unit) replaced by the dealer with parts manufactured according to specification, free of charge. The recall is expected to begin January 27, 2019. Owners may contact Porsche customer service at 1-800-767-7243. Porsche’s number for this recall is AJ11. Owners may also call the National Highway Traffic Safety Administration Vehicle Safety Hotline at 1-888-327-4236 (TTY 1-800-424-9153). The NHTSA Campaign Number for this recall is 18V-841.

As a result of internal tests in June 2018, which showed that the affected parts presented an unintended behavior, on July 3, 2018, the matter was presented to the Working Group of the product safety committee at Dr. Ing. h.c. F. Porsche AG. Further analysis identified the usage of an unapproved sewing thread. Due to a relocation of production, the supplier used a new sewing thread, which did not meet the required specification. On November 21, 2018, the product safety committee determined a safety defect and decided to implement a voluntary safety recall. 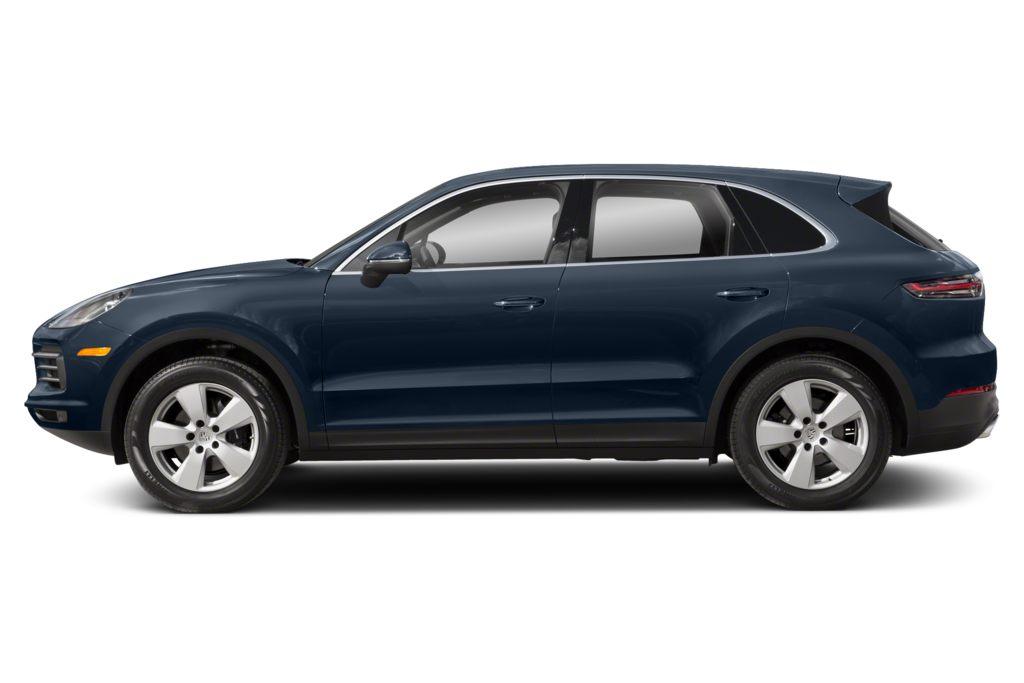 The Problem: The passenger-side rear seat belt buckle may break under load, such as in the event of a crash, increasing the risk of injury.

The Fix: Dealers will replace the passenger-side rear seat belt buckle for free…Read more on Cars.com

According to the NHTSA Recall Safety Report, the rear right seat belt buckle in these vehicles was subject to a manufacturing error and a faulty material batch at the supplier. The buckle is weak and failed to withstand the required breaking load in the tensile test of the belt. The function of the rear right seat belt buckle might fail during a vehicle crash, leading to serious injury or death.

On September 28, 2018 Porsche was informed by the supplier about inadequate test results during the tensile belt test. Immediate analysis revealed a manufacturing error which, when combined with a change of the raw material used at the supplier, caused a significant weakness in the right rear seat belt buckles with the part number 9Y0.857.754. On October 17, 2018, the Porsche AG product safety committee determined that a safety defect existed, and the voluntary safety recall was issued. The original defect was corrected in the production line as of October 1, 2018.

Porsche plans to begin notifying owners and dealers on December 23, 2018. The vehicles will be recalled to the workshop or dealership and an improved rear right seat belt buckle will be installed free of charge, with the component created from use of an optimized manufacturing process and the correct raw material. Owners may contact Porsche customer service at 1-800-767-7243. Porsche’s number for this recall is AJ09. Owners may also call the National Highway Traffic Safety Administration Vehicle Safety Hotline at 1-888-327-4236 (TTY 1-800-424-9153). The NHTSA Campaign Number for this recall is 18V-751.

The German automaker suspects all of the vehicles referenced in this action contain the defective suspension parts.

Affected models contain rear-axle anti-roll bars with connecting links that are prone to wear and detachment. In the event that these components fail, the anti-roll bar could come loose and make contact with other suspension parts, increasing the likelihood of an engine fire.

This defect therefore poses a serious hazard to occupants. However, Porsche has yet to receive reports connecting the defect to any accidents or injuries.

Porsche engineers identified a vehicle with defective rear-axle anti-roll bar connecting links during an internal stress test conducted in 2017. The vehicle in question had been subjected to considerable wear and tear, leading the links to detach. Despite this discovery, the automaker did not take action, believing the issue was an aberration. On top of this, the vehicle seemed to perform as expected.

In March 2018, Porsche conducted additional tests to better understand the impact of connecting link detachment. This inquiry revealed that this condition could damage nearby suspension components and cause an engine fire. Quality assurance teams initiated a production record review to determine whether other vehicles might be susceptible to connecting link detachment.

Members of the Porsche Product Safety Committee convened June 6, 2018, to review these findings, which indicated that the problem was widespread. The group launched a voluntary safety recall as a result.

Porsche intends to direct dealers to replace the rear-axle anti-roll bar connecting links in affected vehicles free of charge, according to an NHTSA recall acknowledgment document. However, the car maker has not yet released a dealer or owner notification timetable.

Owners in need of immediate assistance can speak with Porsche customer service personnel by calling (800) 767-7243. Callers should use the internal recall identification code AJ06. Owners can also connect with the NHTSA directly using the agency’s Vehicle Safety Hotline at (888) 327-4236.

Affected vehicles are likely to include fuel pump filter flanges prone to age- and oxidation-caused cracking. More specifically, the flange material used in the recalled vehicles has been shown to break down at an accelerated rate, creating tension within the fuel pump – and in some cases causing fuel seepage. This poses a serious safety hazard to operators, as escaped gasoline could come into contact with active engine components and combust. However, Porsche has not received field reports linking the defective features to any accidents or injuries.

In February 2017, the NHTSA sent to Porsche seven vehicle owner queries mentioning filter flange-related fuel leakage, which had been referenced in an earlier recall initiated in October 2016, involving the Volkswagen Group of America. Then, in June, Porsche launched a 90-day field trial at the behest of the NHTSA. The program aimed to determine if the four-bar fuel pumps used in several Porsche and Volkswagen models were the the issue’s root cause.

On Sept. 13, the Porsche Product Safety group reviewed the results of field trial and determined that four-bar fuel pumps and the filter flanges used in them were problematic. The committee called for an  immediate voluntary safety recall.

Porsche plans to direct dealers to replace the fuel flange filters in the recalled vehicles free of charge. The replacement parts are said to come equipped with protective films to block out external forces that cause surface degradation, according to an NHTSA recall acknowledgment document. The car company has yet to release a notification schedule. That said, owners in need of immediate assistance can contact Porsche customer service at (800) 767-7243. Callers should use the internal recall identification code AH10. Owners can also connect with the NHTSA directly via its Vehicle Safety Hotline at (888) 327-4236.