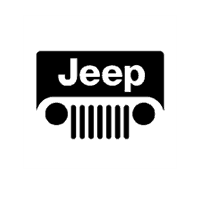 Auburn Hills, Mich. – May 4, 2018 – Chrysler Fiat Automobiles has recalled more than 100 vehicles potentially equipped with defective vehicle frame components, according to documentation submitted to the National Highway Transportation Administration. The campaign involves 2018 Jeep Wrangler sport utility vehicles produced between Oct. 15, 2017, and Oct. 16, 2017. FCA suspects roughly half of the vehicles referenced in the recall contain the defective parts.
The Defect
The affected vehicles feature frames with rear underbody ladder rails that are prone to premature corrosion and failure. In the event that ladder rail fails, the adjacent left rear seat mount may loosen. Additionally, ladder rail corrosion can weaken the structural integrity of the left rear floor pan. Together, these developments may increase the risk of occupant injury during an accident. However, FCA has yet to receive reports connecting the defective underbody ladder rails to any accidents or injuries.
Timeline of Events
In October 2017, FCA engineers discovered 2018 Jeep Wrangler underbody ladder rails that appeared to differ from other frame components. This finding prompted the FCA Vehicle Safety and Regulatory Compliance group to open official investigation into the matter. Over the course of November 2017 and December 2017, the VSRC organization collaborated with personnel from FCA Materials Engineering to assess the galvanized coating used on the underbody ladder rails, as the varnish seemed to exhibit depleted moisture protection capabilities. During this time, VSRC members also met with the Body Engineering team to better understand the initial design for the 2018 Jeep Wrangler.These safety and quality assurance stakeholders reviewed build data and parts receivable timelines, as well, using this information to determine the scope of the problem.
The VSRC group in January 2018 convened with FCA Safety Engineering experts to understand the various hazards created by potentially corroded underbody ladder rails. One month later, VSRC members received confirmation from the engineering group that the parts were indeed at risk of experiencing premature oxidization and could fail as a result. Throughout March 2018, the VSRC organization reviewed production data and determined the number of vehicles potentially affected. On April 5, 2018, the group met with the Vehicle Regulations Committee, and together, these two bodies decided a voluntary safety recall was necessary.
The Solution
FCA has yet to develop a solution to this issue. However, the automaker does intend to reach out to both owners and dealers June 1, 2018, according to an NHTSA recall acknowledgement document. Owners in need of assistance prior to the start of the recall can contact FCA customer service at (800) 853-1403. Callers should use the internal recall identification code U27. Owners can also connect with the NHTSA directly using its Vehicle Safety Hotline at (888) 327-4236.
Sean ReyesChrysler recalls SUVs with defective frame components05.04.2018