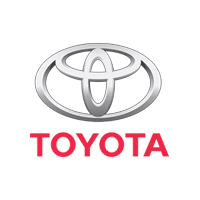 Plano, Texas – January 30, 2019 –  Toyota is recalling close to 3,400 2019 Toyota Corolla hatchbacks in the USA and a further nearly 1,000 vehicles in Canada due to a faulty component in the transmission. Only Corolla Hatchbacks with a continuously variable transmission (CVT) are included in this recall. The Corolla sedan is excluded, as are any hatchbacks with manual transmissions.

According to Toyota, in the involved vehicles, there is a possibility the that due to a manufacturing error, the blades of the pump impeller in the torque converter may detach, causing the converter in the Continuously Variable Transmission (CVT) to fail. This may lead to a loss of vehicle power. If the part fails while the car is in motion, the vehicle’s loss of power could increase the risk of a crash, especially if the failure happens when the vehicle is traveling at a high speed, which could lead to a crash or possible vehicle rollover or even an explosion due to catastrophic transmission failure.

The news of the pending recall came in late December. It has not yet been released what prompted the investigation that led to the recall, although at this time no accidents or injuries related to the vehicles being recalled are known as yet. Toyota introduced its new “Direct Shift-CVT” in 2018 and implemented it in the 2019 Corolla Hatchback. The Direct Shift-CVT uses a launch gear to improve off-the-line performance. The expectation was that the addition would lead to faster shifts and a 6 percent increase in fuel economy.

Late in 2018 a previous Toyota recall revealed that over 130,000 of its trucks and SUVs had faulty sensors, affecting seat belt tension and air bag functionality. At the time no plan was in place to resolve that issue, although Toyota announced in a press release that it was developing a solution and would notify owners by mid-February.

Toyota dealers will replace the Direct Shift-CVT with a new one containing a new torque converter not affected by this issue at no cost to customers, starting as soon as the company has sufficient parts to make those repairs.