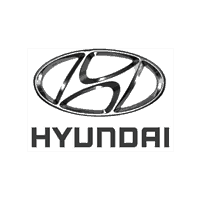 Hyundai Motor Company (HYMTF) is recalling some 2020 Nexo and Sonata vehicles. The Remote control of these vehicles may allow the vehicle to move without control and cause a crash exposing owners and others to injury.

Laguna Hills, CA – April 9, 2020 – Hyundai Motor America (Hyundai) announced a recall of 2020 Nexo and Sonata vehicles. 11,870 vehicles are included in the recall. The issue is with self-parking system recently popularized by a Youtube video featuring A-list celebrities. The remote control of these vehicles may allow the vehicle to move without control and cause a crash, exposing owners and others to injury.

The “Smart Park” remote parking control problem of Hyundai’s Sonata and Nexo 2020 vehicles was seen in February 2020 when the company was testing these vehicles. It then did a software update to correct the problem on vehicles it built after but did not update vehicles already built. The issue was seen as rare and not likely to happen again. A Hyundai spokesman told Consumer Report that more investigation had to be done to see if a recall is needed.

Hyundai later got a report that a vehicle continued to move without control while parking remotely. That vehicle was one built before the software update. The company said no one was injured in that incident and it is not aware of any similar incident in the USA.

Hyundai did have some recalls over the years involving some of its vehicles. The problems were with Sonata, Genesis, Santa Fe and Tucson. Issues included hood latch not securing properly, brake light indicator not coming on, transmission problem causing vehicle to stall, and sunroof deflector detaching while driving. None of the issues present a lethal risk. Recall completion rate for these issues is at 86.5%.

This latest remote-control problem is not widespread, confined only to the 2020 Sonata and Nexo vehicles made before the problem was seen. There is no other open recall for this vehicle part, as the system was only installed on early output of these two models.

Does This Hyundai Recall Affect You?

Hyundai will notify owners, and dealers will update the software free of charge. The recall is expected to begin June 4, 2020.

Use motorsafety.org lookup tool to find out if your vehicle is affected, book an appointment for a free repair, and sign up for notifications.