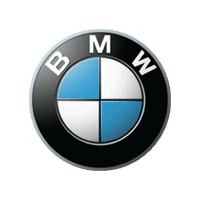 Westwood, N.J. – May 18, 2018 – BMW of North America has recalled almost 48,000 vehicles potentially equipped with defective electric auxiliary water pumps, according to documentation submitted to the National Highway Transportation Safety Administration. The campaign affects numerous models across multiple brands, including:
BMW suspects just 1 percent of the vehicles referenced in the recall contain the defective parts.
The Defect
Affected vehicles contain engine control unit-driven electric auxiliary water pumps that may overheat within high-temperature environments. Specifically, the circuit boards installed in these components are prone to heat due to a critical design flaw. Consequently, electric auxiliary water pumps using these circuit boards might overheat to an extent that causes smoldering, which in turn increases the likelihood of engine fire. This threat poses a serious safety hazard to occupants. However, BMW has yet to receive reports connecting the defect to any accidents or injuries.
Timeline of Events
BMW engineers first noticed instances of electric auxiliary water pump failureback in June 2009, according to an earlier defect report submitted to the NHTSA. This discovery prompted additional internal testing, which revealed an issue with the circuit board assemblies installed in the pumps. Later in September 2009, Mini, a BMW brand, discovered a vehicle that suffered electric auxiliary water pump failure. BMW initiated a field monitoring program in response.
In May and June 2010, the automaker came across two other vehicles that showed signs of engine compartment burning. This finding prompted BMW to form a special task force to address the issue. The group, in November 2010, confirmed that the vehicles experienced engine compartment fires due to electric auxiliary water pump failure linked to circuit board degradation. The company continued to monitor the field for the next year, during which time 81 vehicles worldwide suffered electric auxiliary water pump failure. Four of these vehicles experienced engine compartment fires.
In December 2011, BMW completed internal tests involving both BMW and Mini vehicles. On Jan. 3, 2012, the automaker initiated a voluntary safety recall involving more than 88,000 vehicles across both brands.
More than four years later in October 2017, BMW received a field report detailing an instance of electric auxiliary water pump failure in a 2011 Mini Cooper S. The company evaluated the vehicle referenced in the report and confirmed the root cause. BMW then found that this particular model was not included in the 2012 recall, which forced it to reassess its engineering and field data. This review revealed multiple instances in which BMW had inspected damaged vehicles that showed signs of electric auxiliary water pump failure, including BMW 550i and 750i sedans. The automaker then launched a formal review of the amended electric auxiliary water pump assemblies installed in vehicles following the 2012 recall campaign and found that these fixtures were failure-prone despite the presence of enlarged circuit path spaces, hall sensor holder gaps and improved plating and soldering.
BMW reviewed its production records and determined that models across its brand, Mini and Rolls Royce were affected. On April 11, 2018, the car manufacturer initiated another voluntary safety recall.
The Solution
BMW has directed dealers to replace the electric auxiliary water pumps in affected vehicles free of charge, according to an NHTSA recall acknowledgement document. However, the automaker is still developing replacement parts. That said, the company plans to reach out to owners June 11, and once more when replacement fixtures become available. Owners in need of assistance prior to the start of the recall can connect with BMW customer service personnel by calling (800) 525-7417. Mini owners should call (866) 825-1525, while individuals with recalled Rolls Royce vehicles should use (877) 877-3735. Owners can, of course, contact the NHTSA directly using its Vehicle Safety Hotline at (888) 327-4236.
Sean ReyesBMW recalls vehicles with defective water pumps05.18.2018

Woodcliff Lake, NJ — December 22, 2015 — A problem with seat cushion replacement parts in some recently-produced MINI Coopers could interfere with safe airbag use. According to documents posted by the National Highway Traffic Safety Administration (NHTSA) last month, nearly 40 vehicles suffer from a Capacitive Interior Sensing (CIS) system that could place front seat passengers at greater risk during a crash.

This is because the sensors could improperly register the occupant in the front seat, either activating or deactivating the air bags incorrectly. While a Part 573 Safety Recall report on the issue states that 53 vehicles were originally thought to have received the possibly faulty mats, the number has since been adjusted to 38. There are currently no reports of accidents related to this concern, and vehicles owners will still be able to use the “passenger airbag off lamp.”

The remedy for this recall requires replacing the front passenger seat. Both the report and a “Q&A” document available through the NHTSA explain the reasons behind the defective CIS system.

“The CIS mat is designed to differentiate between an installed child restraint system and an adult occupant,” they state. “In affected vehicles, incorrectly calibrated CIS mats may have been installed in the front passenger seat cushion replacement parts. Occupant classification could be impaired, leading to inappropriate air bag activation/deactivation.”

The Q&A clarifies that owners may still drive their vehicles, as long as they follow instructions from letters prompting them to get service done. Passengers should also avoid sitting in the front seats of vehicles when the “airbag off lamp” turns on.

Affected models in these BMW recalls include MINI Cooper and MINI Cooper S autos produced between 2014 and 2015.

Sometimes, the environment can lead to a car recall instead of a manufacturing fault.

The CBC recently reported on a recall affecting nearly 3,000 cars, including BMW’s and Mini’s produce for model years 2014 and 2015. The source traces this action to ice storms from February that may have corroded the steering rack, creating a possible risk for fire in these affected vehicles.

Transport Canada was still developing a remedy plan as of August 4, but the source noted that the vehicles were specifically parked in Halifax when the storms hit, leaving them more vulnerable to water and salt damage. The vehicles were not just left exposed to the elements, but actually frozen, with ice attaching itself to the vehicles during this time. The BMWs might also be more likely to crash as a result of this corrosion, according to Global News.

Thank you for watching. Check this blog often for the latest recall information.

Detroit, MI — November 05, 2015 — Mini Cooper and Cooper S vehicles with model years between 2002 and 2005 could be at risk of a failure that cuts off power steering, shocking drivers suddenly and perhaps prompting an accident.

The case goes back five years and has generated nearly 340 complaints, as drivers reported both accidents and even fires breaking out within the cars themselves. Dealers will make repairs to the power steering to fix the issue once the remedy effort begins in December, and the entire action will concern 86,018 autos, according to Automotive News.

This recall comes after negotiations between the manufacturer and the government, with the latter insisting on a recall based on previous evidence of damage. While the defect doesn’t disable steering completely, it could cause drivers to lose their control as they are operating their vehicle. The systems in these cars are currently protected by a 13-year warranty, which means those of the older vehicles would end this year.

Another Mini Cooper recall was also issued in October, concerning problems with air bag deployment in the passenger side. Consumer Affairs’ James Limbach described this action.

“Due to a manufacturing error, the front passenger air bag may not deploy properly in a low speed crash,” Limbach noted. “Thus, these vehicles fail to comply with the requirements of Federal Motor Vehicle Safety Standard (FMVSS) number 208, ‘Occupant Crash Protection.’ ” The remedy for this problem won’t begin until November 20, and will see dealers replacing the defective module, which is potentially in both four and two-door vehicles. This recall includes 6,073 cars.