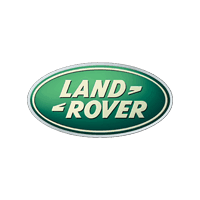 Laguna Hills, CA – Aug. 28, 2019 – A small-scale recall is underway at Jaguar Land Rover North America, as a few dozen 2018 E-Pace models may contain compromised brake systems that could lead to leakages in brake fluid. Braking system failure could dramatically increase the risk of an accident and resulting injury.

Motorists affected by this recall should have already received their notifications from the automaker. If you think you may be affected by the 2018 Jaguar E-Pace recall but aren’t certain, contact your dealer.

According to documents filed with the National Highway Traffic Safety Administration, approximately 41 2018 Jaguar E-Pace crossover sport utility vehicles are under recall notice because certain automobiles may contain installed brake brace brackets that are not in line with the manufacturer’s design specifications. As a result, the poor fitting may allow the front brake hoses to come into contact with the tires, which increases the chances that brake fuel may leak out.

Without the proper amount of lubrication fluid, the brakes may increase chafing and take longer for the vehicle to come to a complete stop when the operator engages the pedal. This could potentially result in a crash and occurrence of injury.

This problem first came to light back in December 2017, when Jaguar’s product safety and compliance committee was alerted to the issue, which affected shipment of the models to dealerships. This forced Jaguar to reach out to dealers later that month, advising them to cease and desist selling any additional E-Pace vehicles, whose VINs all fell within a certain range.

Safety testing was carried out two months later to see what, if any, consequences resulted from motorists using models with the improper brake brace brackets. The results showed that in a worst-case scenario, the brake flexi hose could come into contact with the tires when the full steering lock was applied. Jaguar’s recall determination committee decided in February that the potential for this issue to occur was high enough to warrant a recall, and subsequently informed NHTSA.

No accidents, fires or injuries related to the 2018 Jaguar E-Pace recall have been reported to either the NHTSA or the automaker.

There haven’t been too many Jaguar Land Rover safety recalls over the past year, but several affect more recently built models. For example, approximately 8,200 2018 Discovery Sport SUV were pulled from the marketplace in the early portion of the same year over defective fuel rail assemblies. The automaker determined that the offending end caps may not seal properly. A resultant leak could ultimately lead to an engine fire.

Meanwhile, Jaguar also recalled 3,083 2019-2020 I-Pace SUVs for potentially flawed regenerative brakes. A system failure would increase the amount of time needed for the vehicle to slow down once the brake pedal is engaged. Owners began to be informed of this issue by first-class mail July 1.

Those that have received an alert pertaining to the 2018 Jaguar E-Pace recall are strongly urged to take their automobile to an area dealership so the brake flexi hose bracket can be more closely examined. If the problem exists, the issue will be corrected free of charge.

For more information on this or any other vehicle safety recall, visit MotorSafety.org.

Laguna Hills, CA – July 3, 2019 – Jaguar Land Rover North America is recalling certain Range Rover and Range Rover Sport models due to a seat belt locking issue that may prevent drivers and passengers from adequately strapping themselves in. This flaw could increase the risk of injury pending operators’ potential involvement in a crash. Owners will be formally instructed to bring their SUV back to their area dealer so the assembly can be either repaired or replaced. The fix will come at no cost, as per usual for most safety recalls.

According to the National Highway Traffic Safety Administration, the automaker seeks to recall 16,186 Range Rover and Range Rover Sport vehicles, whose model years span between 2016 and 2017. The genesis of the order stems from an apparent flaw with the driver’s seat belt emergency locking retractor. This component is what gives seat belts its protective capability, as when the brake is applied, it triggers the ELR’s locking mechanism, which is sensitive to movement. Some of these assemblies, however, may fail to perform should motorists be involved in a car accident.

This issue first came to the automaker’s attention in November 2016, informed through NHTSA of a customer who noted that the ELR wasn’t triggering when the brakes on the vehicle were applied. Jaguar Land Rover coordinated with its seat belt supplier Autoliv, and they mutually determined that the safety flaw warranted further inquiry, which revealed that this was not an isolated incident. A customer from another automaker that partners with Autoliv also filed a 49 CFR 573 report regarding a malfunctioning ELR mechanism.

An ensuing investigation revealed that some of the CLRs were not in compliance with existing federal safety regulations. However, they determined that the issues would not fundamentally increase the risk of an injury. NHTSA felt otherwise, and in May, ordered Jaguar Land Rover to conduct a recall on 2016-2017 Land Rover and Range Rover Sport models out of an abundance of caution. No known injuries or deaths have resulted from the flaw.

Seat belts are believed to save thousands of motorists’ and passengers’ lives each year. Indeed, according to the most recent statistics available from NHTSA, the national seat belt usage rate in 2018 was nearly 90%, up from 88% in 2015 and 85% in 2010. In 2000, seat belt compliance was just 70%. In most states, seat belts are primary laws, meaning that drivers can be pulled over by traffic enforcement officers for not buckling up. In primary law states, the usage rate is higher than those where seat belt laws are secondary (90% to 86%, respectively).

In 2017, an estimated 14,955 fatal accidents were avoided in the U.S. thanks to motorists wearing their seat belts at the time of a crash.

Starting July 1, Land Rover will inform motorists of the vehicles in question by first-class mail in order to make them aware that their automobile may have the flawed seat belt assembly. A follow-up notice will be distributed once the automaker determines the proper solution. When the subsequent notification will commence has yet to be determined, but as noted above, the repair will be free.

For more information on this recall and to see if you may be affected, enter your VIN at MotorSafety.org.

Jaguar suspects all of the vehicles referenced in the action contain the defective parts.

Affected models contain fuel gauges that incorrectly indicate low fuel levels. In the event that the defective features misinterpret gasoline levels, sudden engine shut off may occur as the vehicles in question are designed to cease operation when the available fuel range drops below 17 miles. Such an event may increase the likelihood of an accident.

Therefore, Jaguar Land Rover believes the defect poses a serious safety hazard to occupants. However, the British automaker has yet to receive reports connecting the problematic fuel gauges to any accidents or injuries.

Owners of recalled vehicles will see low fuel warning lights prior to engine shut off. In some cases, owners may be able to restart their vehicles and regain motive power following such an event. However, engineers have found that the vehicles never fully regain full operability.

Following this initial inquiry, Jaguar embarked on a more exhaustive root cause investigation. This evaluation revealed that the body control modules installed in the affected vehicles were transmitting incorrect fuel levels to fuel gauges due to misconfigured microcontrollers, which were communicating incorrect fuel levels during their transitions from initialization to sleep-wake mode. The PSCC evaluated these findings May 8, 2018, and moved the issue on to the Jaguar Land Rover Recall Determination Committee.

The RDC reviewed the situation May 17, 2018, and determined that a recall was necessary due to the safety hazard posed by engine condition that accompanies the defect. The automaker informed dealers of the forthcoming recall campaign June 7, 2018.

Jaguar Land Rover has directed dealers to install new software in the affected vehicles free of charge, according to an NHTSA recall acknowledgement document. The car manufacturers intends to reach out to owners via first-class mail on or around July 16, 2018. Owners in need of assistance prior to the start of the recall can connect with Jaguar Land Rover customer service representatives by calling (800) 637-6837. Callers should use the internal recall identification code N206. Owners can also contact the NHTSA directly using its Vehicle Safety Hotline at (888) 327-4236.

Jaguar Land Rover suspects all of the models referenced in the recall contain the defective parts.

Affected vehicles contain 2-liter gasoline engines featuring fuel rails with end caps that do not seal properly. Consequently, gasoline and fuel vapor can leak from the fuel rails into the engine bay, increasing the likelihood of an engine fire. This poses a serious hazard to occupants. However, Jaguar Land Rover has yet to receive reports connecting the defective fuel rail assemblies to any accidents or injuries.

Owners in possession of recalled vehicles have reported smelling gas fumes during operation.

In November 2017, Jaguar Land Rover received three electronic quality reports from U.S. dealers detailing instances in which owners reported smelling fuel while operating their vehicles, according to an NHTSA chronology document. One EQR included comments from an engineer who had inspected an owner’s vehicle and found gasoline leaking from the fuel rail. The British automaker’s Product Safety and Compliance Committee opened an official investigation into the matter Nov. 21, 2017.

Members of the Jaguar Land Rover engineering and Supplier Technical Assistance groups reviewed the issue and determined that a vendor evaluation was required. The Winkelmann Group, the company that provided the fuel rail assemblies, assessed its manufacturing processes and components throughout November and December 2017, and determined that the end caps used on the installed fixtures were not properly brazed. This production fault inhibited their sealing power and led to fuel leakage.

Both parties continued to evaluate the defect throughout December 2017 and January 2018. This additional inquiry involved reviews of the fuel rail pipe stock and returned fixtures from the vehicles involved in the initial reports. These assemblies showed signs of inconsistent and ineffective brazing on the internal surface area of end caps. During this time, investigators also discovered that the Winkelmann Group maintained an “uncontrolled” fuel rail annealing workflow, which resulted in variation in interior rail surfaces and affected the sealing power of the end caps. Engineers found that the parts supplier’s fuel rail leak test was not reliable, as well.

Officials from the PSCC reviewed investigation reports Jan. 9, 2018 and determined that the problematic end caps were the root cause of the fuel leakage. They also determined that end cap breakdown did not necessarily correlate to mileage or vehicle age. PSCC personnel evaluated engineering test results that showed the pressurized environment of the fuel rail exacerbated the end cap sealing issue. The PSCC eventually moved the issue to the Recall Determination Committee, which reviewed all of the data related to the investigation Jan. 12, 2018, and requested further information related to mechanics of the fuel rail end cap failure. The PSCC fulfilled this request Jan. 23, 2018.

On Jan. 25, the RDC reviewed the latest data from the PSCC and launched a voluntary safety recall. Jaguar Land Rover notified dealers of the action Feb. 7, 2018.

The car manufacturer has directed dealers to replace the fuel rails in affected vehicles free of charge, according to an NHTSA recall acknowledgement document. Jaguar Land Rover intends to notify owners via first-class mail March 23, 2018. Those in need of more immediate assistance can reach out to Jaguar Land Rover customer service personnel at (800) 637-6837. Callers should use the internal recall identification code N138. Owners can also connect with the NHTSA directly using its Vehicle Safety Hotline at (888) 327-4236.

Hello, and welcome to another vehicle recall update.

Jaguar Land Rover has directed dealers to refresh the software in the recalled vehicles. The car company intends to notify owners on or around December fifteenth, two thousand and seventeen.