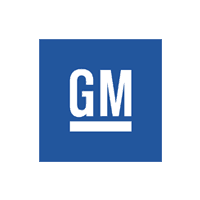 Laguna Hills, CA – March 28, 2019 – General Motors is recalling certain 2016-2018 Cadillac CTS and 2017 Cadillac ATS, Chevrolet Camaro and Chevrolet Corvette vehicles because the power steering assist system may fail, increasing the risk of a crash. As many as 26,772 vehicles may be affected.

According to the National Highway Traffic Safety Administration report on this problem, the affected vehicles may experience a loss of electric power steering assist while driving. This would demand more effort in steering, especially at lower speeds, with a potentially greater risk of a crash.

GM launched an investigation Sept. 18, 2018 into loss of power steering assist in the 2017 Chevrolet Camaro. Between September 19 and late October, GM’s safety investigator, with help from engineering experts, analyzed vehicle owner questionnaires, customer complaints, legal claims, and warranty data to assess the number of cases in the field and to identify common root causes.

An intermittent electrical loss within the torque-sensor printed circuit board was found in about 80 percent of the cases reviewed. The same issue was found in two Corvette steering gear assemblies. GM then expanded its investigation, discovering that the Cadillac CTS and ATS were also at risk.

Between November and mid-December, field analysis revealed spikes in warranty rates between June and September 2016, and a three-day window in February 2017. Between mid-December and late January 2019, GM worked with its supplier to identify the problematic circuit boards and VIN numbers of affected vehicles.

The recall will begin March 2019. GM will notify owners, and dealers will replace the power steering gear assembly, free of charge. Owners will receive a second notice when the remedy becomes available. GM’s number for this recall is N182182760.