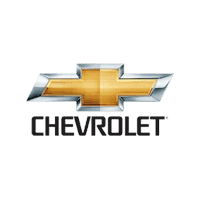 The campaign affects 2016-2018 Chevrolet Malibu sedans produced between Nov. 20, 2015, and Sept. 8, 2017. The American automaker suspects all of the vehicles involved in the action contain the defective components.

Affected models contain replacement PPS assemblies that were installed as part of an earlier service initiative. However, these features, which are designed to detect seated passengers and signal the air bags to deploy in the event of an accident, contain miscalibrated parts.

These flawed components may cause the PPS software to misclassify children or smaller adults, inhibiting air bag functionality during collisions. The defect therefore poses a serious safety hazard to passengers. That said, GM has yet to receive reports connecting the problematic PPS assemblies to any accidents or injuries.

On Feb. 8, 2018, a GM engineer managing the PPS replacement initiative noticed that the part numbers for a number of the substitute PPS assemblies installed in 2016-2018 Chevrolet Malibu sedans were incorrect. This error indicated that some dealers may have installed the wrong replacement parts in some vehicles – specifically, PPS software not calibrated to the correct vehicle seat position.

Five days later, the design release engineer who discovered the issue notified the GM corporate office via the company’s Speak Up For Safety program. The engineer then began releasing work orders in an effort to address the issue proactively and did so until March 14, 2018.

On March 16, 2018, GM launched an official internal investigation. The automaker found that the GM engineering team had released two replacement PPS assemblies as part of the earlier repair initiative: one made for vehicles with vented seats and another made for vehicles with non-vented seats. Due to a part numbering mishap, these two components were mislabeled, meaning a number of dealers had likely installed incompatible parts in numerous 2016-2018 Chevrolet Malibu sedans and had unknowingly created a serious safety hazard.

GM evaluated the issue May 25, 2018, and decided that a voluntary safety recall was necessary.

GM has directed dealers to replace the front PPS assemblies in affected vehicles free of charge, according to an NHTSA recall acknowledgment document. However, the car manufacturer has yet to release an owner notification timetable.

Owners in need of assistance can speak with GM customer service personnel by calling (800) 222-1020. Callers should use the internal recall identification number 18208. Owners can also reach out to the NHTSA directly using the agency’s Vehicle Safety Hotline at (888) 327-4236.