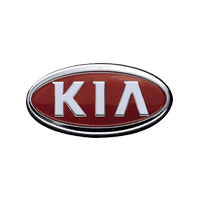 According to the NHTSA Recall Safety Report, the headlamps on affected vehicles may not have been manufactured with the correct low beam aiming. The LED headlamps may not have been produced by the supplier with the proper low-beam lamp aiming, resulting in a potential leftward deviation in low-beam lamp aiming. Insufficient illumination of the roadway caused by improperly aimed headlamps may result in the driver having reduced visibility, which can increase the risk of a crash.

During normal quality check of production process on July 27, 2018,  Kia Motors Mexico (“KMM”) identified an LED headlamp with a leftward deviation in low-beam lamp aiming during production. KMM notified the supplier of the issue.

Between July 28 – August 15, 2018, the supplier conducted an internal evaluation relating to improper low-beam lamp aiming with the LED headlamps, and identified the Master Headlamp used on the production line for headlamp aiming adjustment purposes as being not accurately adjusted. The supplier began use of a properly-adjusted Master Headlamp beginning on August 15, 2018.

Between October 9 – October 23, 2018, KMC and supplier conducted further review and confirmatory testing to determine the existence of potential non-compliance issue, and on October 24, 2018, KMC made the decision to conduct a non-compliance recall although no customer complaints have been registered and there have been no reported accidents or injuries.

The recalled parts are the LED headlamps, Part Number 92101-M7200 and 92102-M7200. All owners of the subject vehicles will be notified by first class mail with instructions to bring their vehicles to a Kia dealer. Kia will instruct dealers to inspect the headlamps and, if headlamp aiming is out of spec, replace the headlamp(s), free of charge. Kia will reimburse owners for repair expenses already incurred if necessary. Owners may contact Kia customer service at 1-800-333-4542. Kia’s number for this recall is SC171. Owners may also call the National Highway Traffic Safety Administration Vehicle Safety Hotline at 1-888-327-4236 (TTY 1-800-424-9153). The NHTSA Campaign Number for this recall is 18V-771.