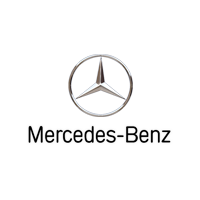 According to the NHTSA Recall Safety Report, Daimler AG (“DAG”), the manufacturer of Mercedes-Benz vehicles, determined that on certain vehicles with rear-wheel drive, a locknut in the steering rack might have internal material cracks. Additionally, six vehicles were identified as having been previously repaired using the affected locknut. In the unlikely event that such a locknut was installed in the affected vehicle population, large lateral forces, such as those encountered by impacting a curb during maneuvering or parking, could cause the locknut to break. This could also cause the steering to become fixed in a static position, which would increase the risk of a crash.

In February 2018, the supplier of the steering rack informed DAG about instances of broken locknuts in the supplier’s production process. Subsequently, DAG launched investigations of this issue together with the supplier. It was determined that the material of a certain batch of locknuts might have internal cracks due to a process deviation at a sub-supplier, and it was concluded that locknuts exhibiting this issue would be identified in the production process of the supplier by the installed quality inspections and application of defined loads and forces to the steering racks in the production process. These conclusions were confirmed by additional high-stress load testing of potentially affected locknuts.

After this investigation was completed, DAG determined in March 2018 that no safety relevance for this issue existed, as all potentially affected locknuts or steering racks would be identified in the supplier’s production process. However, in June 2018, DAG was informed about an instance of a fixed steering assembly during unloading of a new vehicle at a dealer in Asia. The steering rack of this vehicle was shipped to the supplier for investigation and in mid-July 2018 a broken locknut was identified as the root cause. Subsequently, the investigation of the aforementioned issue was re-opened in order to clarify why the locknut was not identified as faulty during the production process of the supplier.

Between August and September 2018, it was concluded that the locknut in question had internal cracks in the material, thus making it impossible for those cracks to be detected by the installed quality inspections at the supplier. Until then, it was assumed that all cracks would be visible on the surface and thus be detectable by the installed magnetic particle testing. Furthermore, it was concluded that the existing conformity-of-production tests that apply defined forces to each steering rack might not in every case lead to a detection of an affected locknut in the supplier’s production process.

In October 2018, further testing was carried out to analyze the forces potentially occurring during vehicle operation as well as the speeds and driving situations under which such forces might occur. It was concluded that a breakage of an affected locknut would only occur under maximum forces acting on the steering rack. Such forces typically appear in case of contact with the curb during parking or maneuvering of the vehicle. These driving situations usually occur at low speeds. At the same time, the range of potentially affected vehicles was determined by analyzing logistics documents of the complete supply chain.

In November 2018, DAG determined that a potential safety risk cannot be ruled out, and voluntarily issued a recall.

As a precautionary measure an authorized Mercedes-Benz dealer will replace the steering rack on the affected vehicles. The steering racks to be installed in the scope of the recall contain locknuts which meet production specifications. MBUSA does not plan to provide notice about pre-notice reimbursement to owners since all involved vehicles remain covered under the new vehicle warranty. The recall is expected to begin January 25, 2019. Owners may contact MBUSA customer service at 1-800-367-6372. Owners may also call the National Highway Traffic Safety Administration Vehicle Safety Hotline at 1-888-327-4236 (TTY 1-800-424-9153). The NHTSA Campaign Number for this recall is 18V-850.