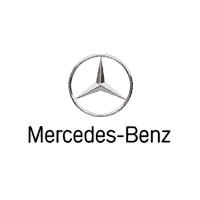 U.S. – Aug. 27, 2018 – Mercedes-Benz USA, LLC (MBUSA) announced a recall of certain 2018 and 2019 vehicles that may have a problem with the Occupant Classification System (OCS), according to Car Complaints. This could cause air bags not to deploy in certain situations. MBUSA is looking further into the potential matter to take action on the official recall.

The OCS is the electrical system that makes the driver aware if other passengers in the car need to fasten a seat belt. It also allows the car to know if it should deploy an airbag in the event of an accident. Indicators include features like pressure-sensitive mats and weight sensors, which can carry information about the particular passenger. All modern vehicles today have similar systems installed, such as the Seat Occupant Sensors (SOS), Passenger Weight Systems (PWS) or the Occupant Detection System (ODS). In the recalled vehicles, this indicator is said to not react if there is a child or child seat in the front passenger side of the car. This means if there was a crash, the airbag would not be deactivated and the child runs the risk of serious injury.

According to the Centers for Disease Control and Prevention (CDC), National Child Passenger Safety Week is September 17-23. The CDC advises that no children under 12 years of age should be in the front seat of a vehicle. Child seats should not be in the front seat passenger side, because airbags can pose a risk to the child. This is especially risky for children under 2 who are strongly suggested to be in rear-facing car seats.

Once a child is of the age or weight requirement, they can sit in the passenger seat with a normal-sized belt. Children are said to be safest in a vehicle, in either a regular belt or child seat, that is located in the middle back seat. If parents and guardians are concerned, they can have a certified Child Passenger Safety Technician check seats and anchoring components for proper installation.

On August 3, MBUSA made an announcement regarding the recall for the problematic OCS.

As a small side recall, four additional cars of the same models are part of the series that have defective sunroofs. The panoramic sunroof runs a risk of coming detached while driving, which could cause potential injury or a crash.

Starting October 3, MBUSA will start to offer inspections, part replacements and repairs to the vehicles affected by the recall. The OCS can be re-calibrated and corrected to perform like normal.  This protocol is free of charge to consumers and dealerships as needed.

MBUSA announced plans to directly notify owners of the potential airbag problem. If auto dealerships and drivers would like more information, they can contact the National Highway Traffic Safety Administration (NHTSA), which can be reached via their website. Costumers who would like to contact Mercedes-Benz directly in the US can call their helpline at 1-800-367-6372.