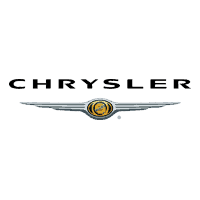 Auburn Hills, Mich. – June 25, 2018 – Around a quarter million minivans are being recalled across the U.S. as a result of malfunctioning component that may cause affected vehicles to roll away despite being in the parked position, according to documentation submitted to the National Highway Traffic Safety Administration.

Chrysler says its recalling approximately 240,242 Pacifica models that come equipped with a manual park release plug attached to steering column, based on an internal briefing document available through NHTSA’s website. Under normal circumstances, the pull-capable feature enables Pacifica owners to shift from “park” into “neutral” mode if the rotary shift knob malfunctions or if the vehicle won’t start. The easiest way to do this is through the use of a common screwdriver.

However, according to the Michigan-based automaker, the manual park release plug in affected vehicles may not require a screwdriver or similar device to manipulate the plug because some were installed improperly during the manufacturing process. As a result, the component can be engaged mistakenly, causing the vehicle to roll away, potentially resulting in the injury of a bystander or damage to property surrounding the minivan.

Although the automaker can’t be sure which specific Pacificas may be impacted, Chrysler says it has been able to determine where they originated. The minivans were built at the Windsor Assembly Plant somewhere between mid June 2016 and early April of this year, the model years confined to 2017 and 2018. Chrysler says any Pacificas assembled after April 6 should be in the free and clear with respect to this component problem because the MPR plugs were redesigned with a “higher pull-out force, requiring the use of a screwdriver” or similar tool.

Chrysler became aware of the instrumentation failing on March 22 during routine performance testing, according to a chronology of events compiled by NHTSA. A few days later, upon closer examination of the issue, an internal investigator discovered the problem wasn’t unique to just one Pacifica, but potentially many more, when the plug could be adjusted too easily in several other vehicles examined. Additional testing conducted over the course of a month revealed that the nature and scope of the flaw necessitated a voluntary safety recall due to non-compliance.

Chrysler says the recall will go into effect officially on August 3, the date in which owners of the impacted Pacifica models will be notified of the plug problem by mailers sent to owners’ home addresses. Motorists are urged to take their vehicles to their nearest Chrysler dealership so the MPR can be repaired or replaced. This fix will come at no charge to the owner.

For further information regarding the recall, call Chrysler’s customer service department at 1-800-853-1403. The reference number is U50. NHTSA’s has a toll-free number as well at 1-888-327-4236, which is the agency’s Vehicle Safety Hotline. Its online home for recalls is www.safercar.gov.