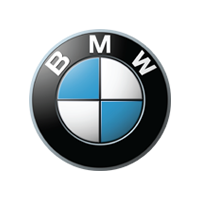 Laguna Hills, CA – Aug. 12, 2019 – BMW of North America is recalling a small number of predominantly X3 and X4 models whose seat assemblies may suddenly fold while someone is seated and the vehicle is in motion. The confluence of this scenario and a crash could lead to injury for the passenger. The BMW passenger seat recall is limited in scope and no injuries have occurred thus far, but owners notified should nonetheless schedule to have the seat replaced by an area dealership.

According to filings with the National Highway Traffic Safety Administration, BMW plans to recall a combined 20 X sport utility vehicles over a seat installation issue that may have occurred at some point during the assembly process. The model types involved are:

As noted in the Part 573 Safety Recall Report, certain front seatbacks’ frames were not welded in accordance with the manufacturers’ specifications, and as a result, they could fold either forward or backward, depending on the circumstances of the moment and how the person seated is positioned. This could dramatically increase the risk of injury if motorists are involved in a collision.

Although highly rare, passenger seat failures have led to tragic deaths in previous years. In 2018, for example, a Ohio teenager was killed after becoming trapped in the third row bench seat of a Honda Odyssey, a story which made national and international headlines. The 16-year-old called 911 but tragically, the boy died of asphyxiation before responding officers were able to locate him.

Such a scenario is isolated, but nevertheless, it speaks to the gravity of what can happen should foldable seats release from their anchors.

Officials first got wind of what would ultimately lead to a BMW passenger seat recall when the company received word of an incident affecting a customer in China July 17. The owner noted that at some point during the course of travel, the seat folded downward while someone was positioned in the chair at the time.

BMW launched an investigation of this issue immediately thereafter and discovered that the customer’s front seatback frame may have been assembled during a time at which some of its AI-powered robots were malfunctioning. Further inquiry determined the manufacturing period in question was somewhere between May 29 and June 10 of 2018.

No one was harmed during the aforementioned incident, but nonetheless, BMW deemed it appropriate for a voluntary safety recall to move forward, which occurred July 24. NHTSA acknowledged and officially approved the precautionary measure Aug. 8.

Several separate recalls are now in effect for the German automaker. One involves approximately 2,000 X7 and xDrive 40i automobiles, whose air bags may be improperly installed. Another BMW recall, which officially got underway July 2, affects 5,000 2019-2020 models whose knee air bag assemblies were not folded away correctly.

As to the BMW passenger seat recall, the front seat will need to be replaced to ensure this problem doesn’t occur. As such, the company will notify the 20 owners about this issue via first-class mail. They’re encouraged to take their vehicle back to the dealership – or any other BMW dealer, for that matter – so the front seat structure can be swapped out for one that’s fully functional. Motorists can expect to receive a notification alerting them to this starting Sept. 23. Dealers have already been informed.

For more information on this or any other automotive recall, visit MotorSafety.org and enter your 17-digit VIN.