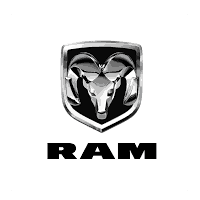 Auburn Hills, Mich. – May 12, 2017 – Fiat Chrysler Automobiles has recalled more than 1.25 million trucks due to a serious software error, according to The New York Times. The recall affects Ram 1500 and 2500 pickups produced between 2013 and 2016, as well as Ram 3500 pickups assembled between 2014 and 2016. Ram pickup trucks are the company’s best-selling vehicles, accounting for roughly 25 percent of all of the company’s sales in the U.S.

More than 1 million of the affected trucks were sold in the U.S. Roughly 216,000 came from dealerships in Canada, while just over 21,000 originated from Mexican dealers.

The Defect
Models named in the recall are equipped with faulty software that switches off airbags and seatbelt tension assemblies, presenting serious risks to both drivers and passengers. In fact, multiple accidents involving Ram owners precipitated the recall, the Los Angeles Times reported. FCA has received reports of at least one fatality and two injuries directly linked the software error. In addition to this defect, FCA officials found that computer components could fail during accidents in which the undersides of the Ram trucks sustained impact.

Timeline of Events
FCA began investigating the issue in December 2015 following an owner lawsuit, The Times said. The plaintiff argued that both the air bags and seatbelts in his Ram truck had failed during a roll-over crash. The carmaker called for an official inquiry. Engineers eventually discovered that the vehicle was equipped with badly designed software that could malfunction in accidents involving underside impact. Specifically, such collisions disrupt normal CPU processing operations and generate errors that ultimately halt computerized air bag and seatbelt components. FCA has declined to say whether the problem is the result of internal or external production processes, according to SpeedLux.

The Solution
The vehicle manufacturer has yet release plans for addressing the issue but has advised owners to carefully monitor their pickups. In the event that the air bag and seatbelt systems fail during normal operation, warning lights on the dash illuminate. When this occurs, owners should turn off and restart their vehicles. FCA claims this action clears the error codes. In the meantime, FCA has agreed to review its production processes and mitigate the issue with the help of a third party, as well as the National Highway Transportation Safety Administration. The recall is scheduled to begin next month. Owners are encouraged to contact the NHTSA should they have any pressing concerns prior to the recall start date.