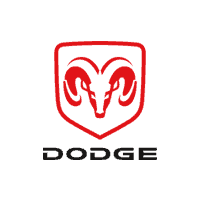 The campaign affects 2018 Dodge Journey sport utility vehicles produced between May 1, 2018, and May 25, 2018. The American automaker suspects all of the vehicles referenced in the action contain the defective parts.

The affected vehicles contain rearview mirror displays with integrated cameras. When in operating in reverse, drivers viewing their progress in dash-mounted displays may encounter cautionary text that obscures their view and therefore increases the likelihood of an accident.

In addition to posing a serious hazard to occupants, the defective cameras violate Federal Motor Vehicle Safety Standard No. 111, which mandates that all manufacturers ensure all models facilitate “clear and reasonably unobstructed view{s} to the rear.”

FCA has yet to receive field reports connecting the defect to any accidents or injuries.

Quality assurance personnel at the Toluca Assembly Plant in Toluca, Mexico conducted rearview mirror compliance tests May 21, 2018, and found that cautionary text displayed in conjunction with the rearview camera view inhibited visibility. One day later, engineers confirmed the presence of the defect and notified the FCA Safety and Regulatory Compliance, which quickly initiated a noncompliance investigation.

Members of the Vehicle Regulations Committee reviewed the matter on June 7, 2018, following the conclusion of the inquiry and, based on the evidence uncovered in the investigation, recommended for an immediate voluntary safety recall.

FCA intends to direct dealers to replace the rearview mirrors in affected vehicles free of charge, according to an NHTSA recall acknowledgement document. The automaker will notify both dealers and owners on or around Aug. 3, 2018. Individuals in possession of the recalled models can expect to receive notification via first-class mail.

Owners in need of assistance prior to the start of the campaign can speak with FCA customer service staff by calling (800) 853-1403. Callers should use the internal recall identification code U58. Owners can also connect with the NHTSA directly using the agency’s toll-free Vehicle Safety Hotline at (888) 327-4236.