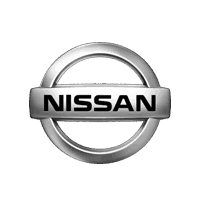 Affected vehicles contain air bag assemblies with Takata non-desiccated ammonium-nitrate inflators prone to propellant degradation. When exposed to high-humidity or -temperature environments, the propellant granules in these parts may deteriorate, prompting the inflator to explode and break apart during air bag deployment. In such an event, shrapnel may fly through the cabin at high speeds. This defect therefore poses a serious safety hazard to occupants.

The defective components involved in this action are part of a larger, multi-year campaign involving approximately 37 million vehicles across more than a dozen brands, according to the NHTSA. These Takata air bag assemblies have claimed the lives of 15 individuals in the U.S. and injured hundreds more, according to Consumer Reports.

Nissan met with NHTSA officials in May 2018 and expressed the desire to accelerate a recall effort involving a number of potentially dangerous Takata air bag assemblies installed in 2010-2012 Nissan Versa sedans and hatchbacks. The agency support this decision and issued its approval June 6, 2018. Two days later, the car manufacturer greenlit a voluntary safety recall.

The automaker has directed dealers to replace the defective air bag assemblies in affected vehicles free of charge, according to an NHTSA recall acknowledgment document. Nissan notified owners via first-class mail July 9, 2018. Those in need of additional assistance can speak with Nissan customer service personnel by calling (800) 867-7669. Owners can also reach out to the NHTSA directly using the agency’s Vehicle Safety Hotline at (888) 327-4236.