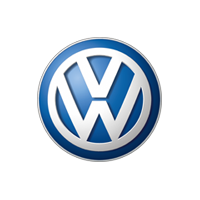 The models involved in the campaign could come equipped with air bag control modules featuring faulty capacitors.  These problematic components can cause air bag deactivation or lead to unexpected deployment and seatbelt pre-tensioner actuation. Both of these outcomes increase the likelihood of an accident. The defective parts therefore pose serious risks to owners and occupants. That said, the vehicle manufacturer has yet to receive reports connecting the defect to any collisions or injuries.

Volkswagen personnel in September 2017 received a single field report detailing an instance in which a customer’s air bag system had activated unexpectedly. The automaker’s air bag module supplier, ZF Group, based in Germany, investigated the incident and presented its findings to Volkswagen officials in January 2018. These individuals reviewed the supplier’s analyses and requested that it embark on an extended climatic test to collect more conclusive results.

In May 2018, Volkswagen received a second field notification recounting a scenario similar to the one covered in the initial report. ZF Group again investigated and reported in July 2018 that the Equivalent Series Resistance reading for the air bag control module installed in the vehicle was out of specification. Volkswagen was then notified of a third field case in September 2018. ZF Group reviewed the report and in February 2019 revealed that the ESR reading for the air bag control module in the vehicle was not up to factory specifications. This prompted Volkswagen and the vendor to embark on a root-cause investigation to determine the mechanical origin of the air bag issue and its frequency and scope across all customers.

The joint investigation concluded in June 2019, at which point the personnel involved presented their findings to the Volkswagen Product Safety Committee. The group requested additional analysis upon review. Between June 21, 2019, and July 10, 2019, Volkswagen and ZF Group technicians conducted an in-depth review of the applicable air bag control modules, assembled a list of potentially affected VINs and cataloged the possible customer consequences. The subsequent findings went to the VPSC again on July 10, 2019. The committee ultimately ruled that a voluntary recall was necessary.

Volkswagen has directed dealers to flash the air bag control module software in affected vehicles with new programming that can detect increases in ESR. If this test shows heightened ESR levels, dealers are required to replace the air bag control modules free of charge. The automaker intends to notify dealers Sept. 13, 2019, according to NHTSA documents. It will reach out to owners on the same date, via first-class mail.

However, those in need of more immediate assistance can connect with Volkswagen customer service representatives by calling (800) 822-8987. Callers should use the recall identification code 69Z5. Owners can also contact the NHTSA directly using the Vehicle Safety Hotline at (888) 327-4236.