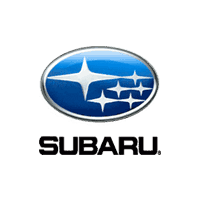 Laguna Hills, CA – Sep. 29, 2019 – Subaru of America has announced the recall of certain 2020 Legacy and Outback vehicles in order to inspect and potentially repair the brake pedal mounting bracket.

The brake pedal mounting bracket in the affected vehicles, most of which were produced in August 2019, may not contain all the bolts required to function properly, or may feature a bolt that was insufficiently tightened. As a result, the mounting area for the brake pedal may deform, which could reduce braking performance and thus increase the risk of a crash.

In the Legacy and Outback vehicles involved in the recall, the brake pedal mounting bracket may include an insufficiently tightened or outright missing bolt.

The recall population includes 2,862 Outback vehicles, and 605 Legacy vehicles, according to the same report. Subaru estimates that one percent of those vehicles contain the defect.

According to the chronology included in Subaru’s safety recall report, knowledge of the potential for the defect came to light on Aug. 29, 2019, when an associate discovered an insufficiently tightened bolt on a vehicle in the midst of assembly.

“Upon closer review, it was observed that certain hardware located on the brake pedal mounting bracket may have been insufficiently tightened or missing,” according to the report.

An investigation was opened shortly thereafter, and the condition was quickly traced to a defective bolt feeder, which was removed from the assembly line on Sept. 4. Further investigation allowed Subaru to determine that the flagged hardware may have serviced a number of vehicles that were produced between July 30 and Aug. 29.

Dealers have been informed of the defect and a stop order has been placed on all vehicles potentially containing it that have not yet sold. All of those vehicles will be inspected – and repaired if necessary – before being made available for sale once again.

Owners of vehicles involved in the recall will be notified by Subaru no later than Oct. 1, according to the report filed by the automaker with the NHTSA. These customers will be instructed to bring their vehicle to an authorized dealer, who will inspect the brake pedal mounting bracket hardware, and then replace the hardware of the brake pedal assembly if necessary.

If you own one of the listed vehicles and have further questions, you may contact Subaru’s customer service line at (844) 373-6614. For information on additional Subaru recalls and other news from the automotive industry, visit MotorSafety.org.