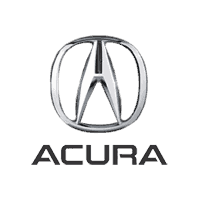 Lilburn, Georgia – September 22, 2018: Honda (American Honda Motor Co.) is recalling certain 2017 Acura NSX vehicles due to a faulty mounting of the circuit board for the high mounted center brake light. The recall population was determined based on manufacturing records, and only 793 vehicles are potentially affected. All vehicles built from the start-up of production through July 31, 2017 are affected. The supplier provided updated HMSLs for vehicles built after July 31, 2017 to improve production quality, so no vehicles built after that date were affected.

In such a situation, all the brake lights will stop working, which increases the risk of a collision. In the dash, several malfunction indicator lamps will turn on to indicate the brake light failure. Once the fuse is blown, the vehicle will be prevented from being restarted once it has been turned off. The 793 vehicles affected by this recall fail to comply with the requirements of Federal Motor Vehicle Safety Standard regarding Lamps, Reflective Devices, and Associated Equipment.

According to the NHTSA Safety Recall Notice, in June 2017 Honda received the first claim of a no-start condition, and subsequently began an investigation with the HMSL’s supplier to determine the root cause. The supplier’s initial analysis suspected the failure to be short circuit related and identified a potential issue with contact between the metal screw and the PCB circuitry. They supplied an updated part for future builds.

In January 2018 Bully tests were performed on the PCB to determine the extent of coating wear from the metal screws. By September 2018 Honda completed the investigation. It was determined that FMVSS non-compliance existed, and Honda chose to conduct a safety recall. As of September 4, 2018 Honda has received only 19 warranty claims. There have been no field reports or reports of injuries related to this issue.

The recall is expected to begin November 6, 2018. Owners of 2017 NSX vehicles can determine if their vehicles require repair by contacting Acura Client Relations at 1-844-682-2872. Honda’s number for this recall is B2B. Owners may also contact the National Highway Traffic Safety Administration Vehicle Safety Hotline at 1-888-327-4236 (TTY 1-800-424-9153) or go to www.safercar.gov to enter their VIN number for this recall.